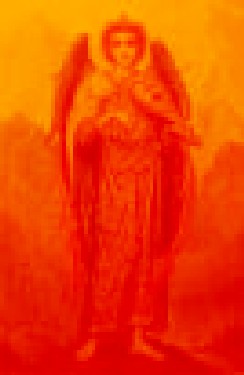 How to Get Through It

Lentil burgers, a thousand press ups before breakfast and

seems to get most of us in the end. We are pleased to

present for your consideration, a definitive work on the

subject by a Student of Katherine Tingley entitled 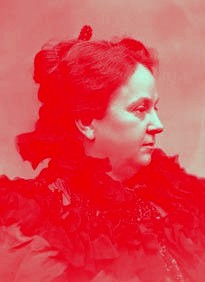 Founder & President of the

She and her students produced a series of informative

Theosophical works in the early years of the 20th century

With the disappearance of the kama principle, the radiant glories of the heavenly world open on the purified soul, now freed from the taint of everything that held it from the realization of the Christos, the true Vine, of which it is but one branch.

As a tree puts forth twigs and leaves, withdrawing into itself by degrees the virtue it has gained through the existence of the leaves, now mere skeletons, so the higher has withdrawn all that was useful, noble, and of good report from the terrestrial. The state of Devachan has now been fully entered upon, the final state preceding the next plunge or rebirth into earth-life for further development.

To get an approximate idea of Devachan, the highest state between earthly incarnations, we must not allow ourselves to dwell too much on form.

No doubt it is difficult for our brain-minds to separate the idea of conscious existence from definite form of some kind; probably the easiest way to open the intuitive faculty in this direction is to meditate on -- and then act out -- such attributes of the divine nature as justice, mercy, love, and compassion. These are as actual as anything else we contact, for they are changeless and everlasting; but they are formless and they cannot be laid out on the dissecting-table or analyzed with spectroscopes.

They are the eternal verities shining behind the veil of illusion created by the spirit of the universe to manifest them. It is impossible to put these high and sacred matters into words to be understood by the brain-mind in its ordinary condition, for the mind partakes too much of the nature of matter itself to do more than grasp faint glimpses of what is meant by spirit.

The caricatures the laboring minds of men have drawn in their futile efforts to explain the meaning of spirituality have disgusted many thoughtful seekers who were just turning towards the light, and have sent them back to materialism as a lesser evil than superstition.

Attempting to explain spiritual consciousness to one who has no glimmering of intuition is like discussing the colors of the rainbow with a blind man.

But Theosophy does not leave anyone without hope. It teaches that if even the least effort is made to break away from the clogging things of personal selfishness, a little spiritual knowledge will come, and that if the struggle is continued without slackening, the light will get brighter until the full daylight of what is called in the East nirvana, and in the Christian mysticism the Beatific Vision, will flood the soul. The heat of aspiration transmutes the lead of the lower nature to the gold. Spiritual fire begins to flame the instant a high aspiration is entertained.

But Devachan is not this state of perfect knowledge and wisdom; it is a high and exquisitely refined condition, but even in its purity the soul is bound to a certain extent by illusion. Although Devachan is nearer the one reality than the physical plane, it is not that divine region where all things are plain to the view of the illuminated seer and are known in their real essence. We have not yet gained our freedom, for the life cycle of humanity is only partially completed and ages must elapse before perfect liberation is achieved by the race as a whole.

In the Theosophical teaching of Devachan an entirely new conception of life after death has been offered to the Western world.

A dismal materialism has woefully misunderstood the meaning of our environment; it can see nothing but that nature is "red in tooth and claw," and thinks that with the disappearance of the brain, annihilation is the end of consciousness; while the vague and inconsistent ideas of heaven and hell of the ecclesiastics, or the Summerland of the Spiritists, are the only alternatives. No wonder there is so much negation and rejection of all but what pertains to the life of the senses; no wonder that the highest ideal of large masses of the people is that 'honesty is the best policy.'

But Theosophy shows that between the extremes of denial and credulity the truth is to be looked for. Neither will human intelligence sink into the abyss of nothingness, its existence having been to no purpose; nor will the narrow brain-mind of Mr. A. or Mrs. B. drag on a wearisome career in eternity cramped by the limitations of personality as we know them.

Once we realize that the real man is a part of the Oversoul; is immortal in past and future; that he has to understand the various planes of existence in this illimitable universe by embodiment in forms of differing degrees of materiality; that for the inner man there is no alarming shock at death flinging him into painfully new conditions -- once we grasp these sublime conditions we shall comprehend the mercy of the higher law in a new way.

The Theosophist rejoices in the knowledge that Devachan is at least a partial release from the bonds of personality, a perfect rest for the soul after the strife of earth-life, when it assimilates the worthiest experiences of the past and gains strength for the next battle. W. Q. Judge puts the case tersely:

Nature, always kind, leads us soon again to heaven for a rest, for the flowering of the best or highest in our natures.

In Devachan, the imagination, one of the highest faculties we have, is given full play. This godlike creative power, the inspiration of the artist, musician, or inventor, has for its materials experiences of the past life, memories of antecedent states, unknown to the brain-mind of the previous incarnation, as well as knowledge of things entirely veiled from us by the limitations of the senses.

Who knows what creations of poetry or of invention have not been worked out in Devachan, which afterwards seemed to shoot into the brain of the personality in his next incarnation? The following arrangement will help the student to understand something of the changes produced by the journey through the portals of death.

This classification is not set forth as the authoritative teaching of Theosophy, but is the writer's deduction from the little that the Teachers have given out about the changes of consciousness after death.

The Feeling of 'I-am-I' and no other, self-consciousness, permeating the whole man, but mainly centered in the lower manas and the brain-mind.

Imagination, weak in most cases; great geniuses being possible exceptions.

Reason strong, the principal faculty in action; uses the brain and is mainly stimulated from the outside; rare flashes come from a higher source for it to work out.

The Emotions of the passional nature, usually physically dominated and self-centered.

Brain-memory of events of the present incarnation: materials for reasoning and, in a small degree, for the imagination to use.

The same Feeling of 'I-am-I,' but at first chiefly concentrated in the lower kama-manasic passional principles; afterwards centered in the higher manas and illuminated by buddhi after the second death when the withdrawal into the Devachanic state takes place.

Reason in abeyance as a rule; when it is active, it uses internal or subjective stimuli from higher planes.

Tanha, the desire for sensuous life, latent in Devachan at first, but grows steadily stronger as the karmic time for reincarnation approaches, and the forces keeping the soul in the Devachanic state are becoming exhausted.

Memory of the permanently valuable spiritual thoughts and deeds: materials for the imagination to work with.

THE PRINCIPLES IN LIFE: The whole of the seven principles.

AFTER DEATH: The astral body for a short time; the lower manas entangled with the passional nature, forming kama-rupa; afterwards the higher or reincarnating ego united with the spiritual part of the lower manas and illuminated by the overshadowing light of buddhi and atma; the skandhas or seeds of the actions performed in the past life, ready to be vivified under favoring circumstances in the next life.

For more info on Theosophy 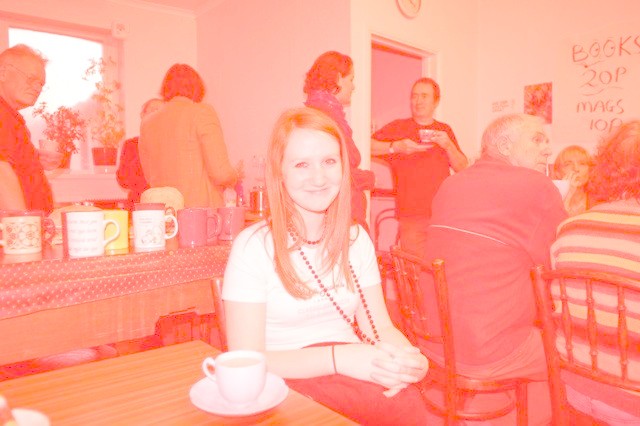 and there’s always a cup of tea afterwards

The All Wales Guide to

Getting Started in Theosophy

This is for everybody not just people in Wales

If you run a Theosophy Study Group,

please feel free to use any material

A Free Intro to Theosophy

If you run a Theosophy Group you can use

this as an introductory handout

The Key to Theosophy

The Voice of the Silence

The South of Heaven Guide to

To Theosophy and Dreams

To Theosophy and Angels

Theosophy and Help From

The main criteria for the inclusion of

links on this site is that they are have some

relationship (however tenuous) to Theosophy

and are lightweight, amusing or entertaining.

Topics include Quantum Theory and Socks,

No Aardvarks were harmed in the

The Spiritual Home of Urban Theosophy

The Earth Base for Evolutionary Theosophy

Preface to the American Edition    Introduction

Occultism and its Adepts    The Theosophical Society

The Ocean of Theosophy

Try these if you are looking for a

The Theosophy Wales Guide to

Your Own Theosophy Group Starts Here

A Guide to starting your own Theosophy Group

These are suggestions and pointers for forming

your own independent Theosophy Group and

not instructions on how to form a branch of a

The subject of affiliation to a larger body is

covered but as affiliation may mean compromise

and nobody owns Theosophy anyway, we leave

that decision entirely up to you

Wales is a Principality within the United Kingdom

and has an eastern border with England.

Snowdon in North Wales is the highest mountain at 3,650 feet.

The coastline is almost 750 miles long.

All Wales Guide to Theosophy